We have been talking about the ages of pony book authors in a couple of threads on the ponymadbooklovers forum and what really struck me is that there seems to be a trend amongst the writers of these books to start very young. Some of the authors who wrote their first pony book when only teenagers include:

K. M .Peyton - 15 when she wrote Sabre The Horse From the Sea (under the name of Kathleen Herald) and still a teenager when she penned her second novel The Mandrake.

Moyra Charlton - amazingly only around 11 or 12 when she wrote her first book Tally Ho.

Primrose Cumming - a teenager when she wrote Doney
Sheila Chapman - wrote all of her four books when very young.
Gillian Baxter - a teenager when she penned what is probably still her best-loved book Jump For the Stars
Avrill Knott - wrote Pony of Gold when she was 15
The Pullein-Thompson sisters - teenagers when they collaborated on their first book Picotee
Granted, some of these early efforts did not scale the heights of timeless prose, however one or two were amazingly mature works. In particular, I would highlight K. M. Peyton's second novel The Mandrake: it is hard to reconcile the maturity and skill of this book with the actual age of its author.

It is difficult to come up with a reason for this precocity. One suggestion is that children matured more quickly then. But if we examine the ages of some of the non-pony female authors of the same period, such as Enid Blyton, E. M. Brent-Dyer, Noel Streatfield, Richmal Crompton and Lorna Hill, we find that all of these authors were in their 20s to 40s when they began writing novels. It does in fact seem a trend amongst horsy rather than general authors.

Does the responsibility of looking after a pony and the discipline of learning to ride make a child grow up more quickly? This however would not account for the early talents of K. M. Peyton who did not actually have a horse before she wrote her first books.
Did the horsy set move in more upper class circles in which some sort of 'old boy's network' would enable the young author to take a fast track into publishing. This could of course account for the P-T sisters who came from an extremely literary circle and whose acquaintances would of course have included publishers, but once again it would not account for others such as K. M. Peyton who came from ordinary working class backgrounds.
Perhaps there is some mysterious link between loving ponies and wanting to write about them. Do horses inspire a lyricism, a desire to share one's love of them with others via the written word? I'm sure I am not the only one who, as a teenager, wrote pony stories or even a book. (My own effort has (perhaps mercifully) been lost somewhere in the seemingly endless clutter of childhood detritus. But was I feeling the same urge to write as my authoress heroines?
It would be nice to come up with a theory to neatly explain the precocity (and if anyone has any suggestions please let me know!) However, whatever the reason, let us be grateful that our favourite authors did not consign their early works to a dusty attic along with their old dolls and teddies, but allowed the rest of us to share their youthful writings.
Posted by Claire at 18:54 No comments:

Due to internet and other technical problems taking up most of my time over the past few days, this weeks blog is very short (and not very serious). For a bit of a laugh we at the ponymadbooklovers forum decided to start a "hot men" thread. A few days later and the flipping thing is now the longest and most visited thread on the forum! I don't know if its true that, as someone on the forum said, horsy gals are all man-mad, but whatever it is poor old Jill, Jackie and the like have now been abandoned and replaced by a succession of male pin-ups. My computer hard-drive, once the province only of pics of cute kittens, horses and various dustjackets, has now been invaded by a bevy of half-dressed hunks!

And there seems to be no stopping us. I think the only way we will get a more popular thread is if someone discovers a sequel to Silver Snaffles hidden away in their loft or finds out they are the long-lost love-child of Ruby Ferguson... 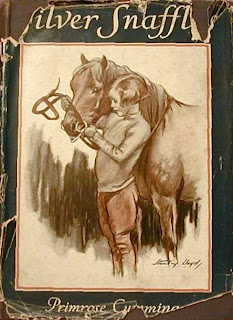 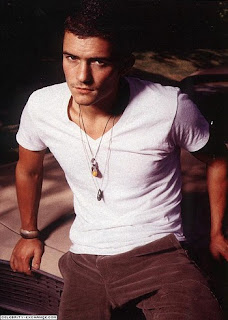 Which one would you like to take to bed with you on a cold night?

Answers on a postcard please! 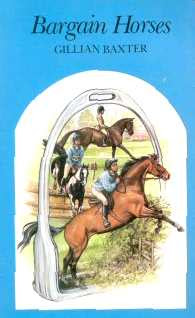 I'm really glad I did. IMHO Bargain Horses is one of the author's best, perhaps the best since the Bobby and Shelta books. The plot centres around Gemma, a sixteen-ish girl whose mother has a strange habit of buying cheap horses, hoping that she can miraculously transform one of them into the next top eventing star. Her obsession has driven away her husband, used up all their money until they have to live in a caravan, and is now taking over Gemma's life.
What I love most about this book is the way it turns the usual pony book scenario on its head. Whereas we usually have a horse-mad heroine whose parents are constantly trying to get them to do more school work and have a life outside horses, this book is the complete opposite. Gemma is the one who wants to do well at school and is prevented by her mother who feels that school gets in the way of their training schedule! Gemma thinks that she may possibly like to have a career away from horses, it is her mother who wants her to become a top eventer. Unlike most pony book heroines, Gemma feels that horses are getting in the way of other things she would like to do: such as go to parties and have a boyfriend.
The book has a plot that keeps you reading (although I did guess the end!) and the characters of Gemma and her mother Mary are brilliantly drawn. Mary must be one of the most three-dimensional adult characters in any pony book. Sadly in this genre, the adults are often very sketchily drawn or simply caricatures, but not so in this novel. Gemma, too, is a multi-faceted character who is torn between her love of horses and her yearning to have a life of her own.
Bargain Horses is part of the series of pony books published by J.A.Allen in the 1990s, most of which are aimed at older teenagers and adults (as is this one). I have read most of the books in this series and they have all been excellent. They are particularly suitable for adult horse and pony enthusiasts, especially this book.
I have now completed a more detailed review of the book. To read it click here
Posted by Claire at 18:18 3 comments: