A quick editorial before we get to the review by my excellent co-reviewer 'Tintin' from the Pony Mad Chat Forum. This is the fourth instalment of the 'Exmoor' series about Katy and her Exmoor ponies. Originally a trilogy, the three first books were later reprinted and proved so popular a fourth title was added. Book five in the series is due to be released very soon!

This is a really good book which covers a lot of ground in a short space and doesn't feel in any way skimped. After having read "Jerry" (by Eleanor Helme) it was a pleasant surprise to be reading another Exmoor Pony story, albeit this time a present day one.

Both horses and people in this book are pleasing characters. The Katy of the title lives on a farm on Exmoor with two ponies (Jacko and Trifle) and a foal (Tinkerbell.) Trifle is dam to Tinkerbell.

The story involves the subjects of bringing up a foal, horse agility and being over horsed.

Katy's friend Alice has a new, highly strung competition pony called Viking. She succeeds very well on him but starts to stop enjoying her riding. There are interesting discussions on how you know something is not working and when to stop.

Of great interest to me was the character of James, a boy with autism, who makes great progress through his friendship with Katy's horses and participation in horse agility events. This was very interesting to me as I have spent a lot of my time in recent years helping a man with Aspergers and ADHD. James is convincing and his character is probably on the right place in the spectrum to be a convincing, but not depressing, introduction to the type of issues involved.

A very good hearted book about people overcoming everyday (but no less challenging) problems while having fun with their ponies. Straightforward enough for the young, but deep enough for the old.


You can read more comments and vote on the book here 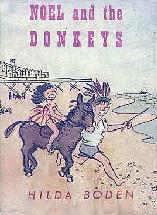