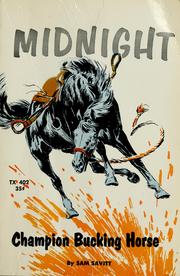 The book is a historical story set in the early 20th century based on a real life horse who was one of the most famous rodeo horses in American history. The story is told in three sections, each by a different narrator including the man who first caught and tamed the horse, his long term owner and the champion rodeo rider who locked horns with Midnight a number of times.

This was one of a number of books I have had lying around for ages which I'd never got round to reading. Although I'd picked up the book and perused the wonderful illustrations a few times, I'd never really been motivated to read it, partly because I wasn't sure if a story about rodeos would be interesting, partly because I am a little worried about the possible cruelty element in rodeos, which I must admit I didn't really know anything about. But the book happened to be at hand when I was waiting impatiently for my laptop to install some software and I began to read in order to fill the time. After a few pages I'd almost forgotten about the computer. I was very pleasantly surprised by how much I was enjoying the book. First of all, Sam Savitt is not just a fabulous artist, he's also a pretty good writer. His first person narrative is written in an easy to read, colloquial style which is friendly and down-to-earth, but at the same time also quite polished and accomplished. He really makes you see into the world of the different characters, and feel their emotions. There is quite a lot of humour in the book too, with various amusing rodeo escapades and larger than life characters such as the gambler Twenty One Johnson who, in the words of Jim McNab, "had himself calluses...from patting his own back." (Page 20). I was also quite surprised at the emotional depth and moments of tenderness in the book, which I didn't expect at all in such a story.

The book is similar in structure to Diana Pullein-Thompson's A Pony for Sale, with three sections following the different eras of Midnight's life, each 'written' by a different character. I found the first section, 'Jim McNab's Story,' the most enjoyable. It tells of how Jim breaks in the horse, whom he originally wants for a cow horse, and forms an attachment to him. Although Jim tries to break the horse the old fashioned rough and ready cowboy way, this doesn't work and Midnight demonstrates his early bucking prowess in quickly depositing his erstwhile wrangler! Jim then gentles the horse in a more modern, almost Monty Roberts-like approach, and this in turn leads to a strong bond forming between the two. However Midnight's talents as a buckeroo tempt Jim into entering the horse for rodeos, which slowly severs their bond, and eventually he decides to sell him. Jim's growing depression as his equine friend grows away from him and his sadness at their parting make for very emotional reading, and we see that even a crusty old cowboy can be as broken-hearted at losing his horse as any pony mad teenager.

The second and third sections dealing with Midnight's career are interesting, especially the last, in which the top rodeo rider battles his wills against the top rodeo horse. However they don't quite have the emotional depth of the first part. If like me, you know next to nothing about rodeos, you will learn a lot about what goes on. The author seems to stress that, far from being cruel, the sport gives the top rodeo horses a great life in which the horse is very well cared for and only works a few seconds a week, as opposed to six or seven hours as a cow horse. I do suspect that the lower class of rodeo horse may not fare so well and there is probably some cruelty in the sport, as there is in almost all horse sports. But we don't see much of the unsavoury aspect of the rodeo world, except for one incident of doping. I think a moral exploration of the sport is perhaps best set aside whilst reading the book, with any concerns explored afterwards. Certainly there is no horrifying cruelty or distressing death scenes in the book. (I've read far worse in many pony books aimed at pre-teen girls!)

Midnight (or Middy for short) is no cardboard cut out horse either. His character is drawn as well as those of the humans. We soon find that he is far from being the cliched man-eating outlaw horse. Although he soon dispenses of his riders, he does so with rather more cleverness and cunning than an explosion of rage, with even a touch of humour at times, such as when he looks back at one of his defeated riders sitting in the dirt and "seems to be saying 'no hard feelings. chum, it's all in a day's riding.'" (Page 48). He can also be gentle and affectionate, as he is with Jim and Mrs Elliot, the wife of his second owner. When one day a rider falls to the ground and become unconscious the horse does not attack the prostrate man but instead nuzzles him gently.

The penultimate part of the book pits the wits of Midnight and the great rodeo rider Pete Knight. The last few pages chronicle the very few seconds the battle takes in an unusual but highly effective way, with one-sentence pages paired with full page illustrations. This makes for an exciting, countdown-like episode. I'll not give away who wins, you'll have to read the book for yourself!

The end of the book is again quite emotional as we see, after Midnight's death, that a monument has been erected to him with a poetic epitaph which finishes "if there is a hoss heaven, please God, rest his soul." (Page 95). It's obvious that Midnight touched the hearts of many people and he will defintely touch the reader's too.

I can't finish up without mentioning the absolutely stunning illustrations by the author. Not only are they full of energy, life and at times humour, we can also see the characters of the horses in their eyes and expressions, something which is surprisingly rare in many pony book illustrations. (Caney and Geoffrey Whittam are also masters of this, but not so many an equine illustrator who seems to forget that the horses should have as much character as the riders). There are also far more illustrations here than in the average horse story, even many full page and almost double page spreads.

In some ways the book is an oddity, it is written to appeal mostly to adults, but the lavish and numerous illustrations and the brevity of the text, make it almost like a young reader's picture book. But really this just mirrors the fact the book is quite different to the 'normal' horse story in a number of ways, from subject matter, to structure, to unexpected emotions stirred by its pages. I feel it is quite a unique book and I'd certainly recommend it to older children and adults.

In rating the book I have to give it a whole horseshoe just for the illustrations so all in all I will rate the book as 5 HORSESHOES (excellent).


Read more and vote on this book on the chat forum
Posted by Claire at 21:54